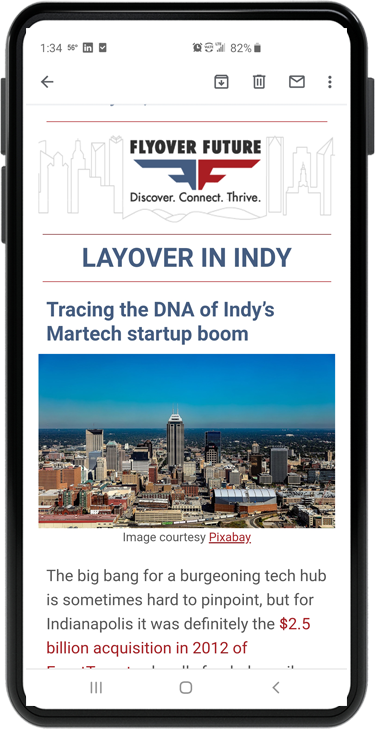 The Latest from: Flyover Future

Flyover Future is the newsletter that covers innovative companies in the Midwest and amplifies the most amazing stories that come out of our innovation communities to the rest of the world!

Once Indy Future receives 1,000 subscribers we will launch Indy Future, a newsletter 100% dedicated to our innovation ecosystem and shared to all the others in our surrounding region! Please forward Indy Future to your colleagues.